Born in New York City, Silverman graduated from Syracuse University, then got a master’s degree from Ohio State University. His thesis at the latter analyzed ABC’s TV programming, figuring out how it went from a ratings laggard to a powerhouse: what aspects of 77 Sunset Strip and The Untouchables helped the network’s turnaround? “I tried to figure out what were the factors of this meteoric rise,” he said — it took him 600 pages to lay out his analysis. He was immediately hired by a TV station, worked his way up, and was recruited by the CBS network. There, he was quickly advanced to the head of programming, in 1970. He was behind the so-called “rural purge” of 1971, where he dumped stalwart but banal shows like Green Acres, Mayberry R.F.D., Hee Haw, and The Beverly Hillbillies, to make room for more sophisticated fare: The Mary Tyler Moore Show, M*A*S*H, The Waltons, Cannon, Barnaby Jones, Kojak, and more. The more included a show that ABC had passed over. “I couldn’t believe what I was seeing,” he said of that show’s pilot. “Compared to the crap that we were cancelling, this was setting new boundaries. To [CBS president] Bob Wood’s credit, he said, ‘We’ve got to put this on the air!’” The show: All in the Family. CBS boomed in the ratings, but Silverman wasn’t done: he then leveraged the hits into spinoffs. Maude and The Jeffersons were spun out of All in the Family; Rhoda spun off from The Mary Tyler Moore Show, and he used MTM’s writers to create The Bob Newhart Show. Then Maude itself spun off to Good Times, which was so successful Silverman put it up against ABC’s newest hit, Happy Days.

ABC didn’t cry uncle: they hired him away in 1975. It worked: Silverman excelled there, too. Ironically, Happy Days was suffering so badly from Silverman’s aggressiveness at CBS he had to fix that, but he managed to get it back to the top of the ratings — and do spinoffs from there, too, such as Laverne & Shirley, and spun off The Bionic Woman from ABC’s hit, The Six Million Dollar Man. He also brought in new shows like Family, Charlie’s Angels, Three’s Company, Eight Is Enough, The Love Boat, Soap, Fantasy Island and made history with Roots. ABC rose in the ratings from third to first, even with the occasional misstep: he also came up with the flop, The Brady Bunch Hour. 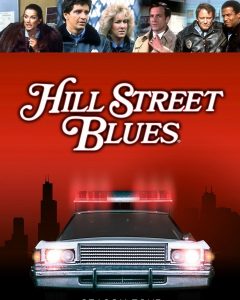 The struggling NBC was next to hire Silverman away, in 1978. There, he came up with the idea for Hill Street Blues, and brought in Cheers, Diff’rent Strokes, The Facts of Life and Gimme a Break! He also hired a guy he liked that emceed an awards show he attended: David Letterman, who he put into a “late night” show to follow Johnny Carson. He had his failures there, too: Supertrain was so expensive it nearly bankrupted the network. Silverman quit to start his own production company, and sold shows to the highest bidders, such as a new Perry Mason TV movie series, Matlock, Jake and the Fatman, In the Heat of the Night, Father Dowling Mysteries, and Diagnosis: Murder. “Fred Silverman was a titan of the media industry,” said current CBS President Kelly Kahl. “His impact on television was incalculable.” Time magazine called him “TV’s Master Showman,” and quoted an ABC executive who pronounced Silverman “The Man With the Golden Gut.” Silverman rejected that title. “It has nothing to do with the gut,” he said. “It really has a lot to do with a very high learning curve. You learn from experience.” Silverman died January 30, from cancer. He was 82.